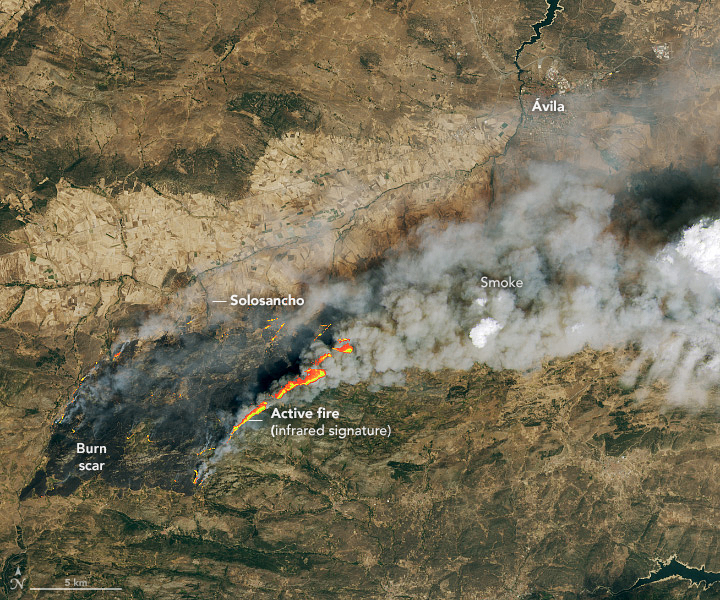 Flames have charred more than 100 square kilometers (40 square miles) of woodlands, brush, and pastures in central Spain after a vehicle ignited a fire in the province of Ávila.

The Operational Land Imager (OLI) on Landsat 8 captured this image of the fire and burn scar on the afternoon of August 15, 2021. The image is natural color (bands 4-3-2), overlaid with the infrared signature of actively burning fires. The fire front is shown with red and yellow, with yellow areas being the hottest.

The fire started burning on August 14, then spread quickly due to unusually hot, dry, and windy conditions. On the same day the fire ignited, the Montoro-Vega Armijo weather station recorded a temperature of 47.4°C (117° F), the highest temperature ever recorded in Spain. Central and southern Spain has seen several days of temperatures above 40°C.

More than 1,000 people were forced to evacuate as the fire neared villages, according to Reuters.