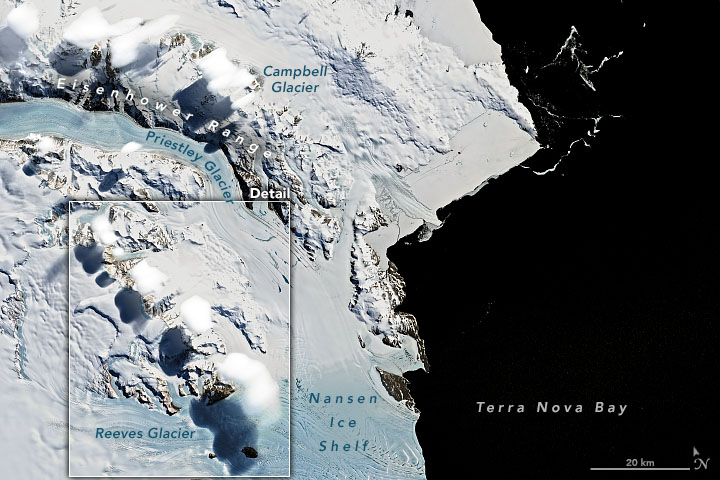 Curious Clouds in the Transantarctic Mountains

Today’s story is the answer to the Earth Observatory January puzzler.

Smooth, stationary clouds are occasionally reported by the public as sightings of “unidentified flying objects.” But these clouds are not as mysterious as they might first seem.

On December 29, 2020, the Operational Land Imager (OLI) on Landsat 8 acquired these images of soft-edged clouds hovering over the Eisenhower Range of Antarctica’s Transantarctic Mountains. The range is bounded to the north by Priestley Glacier and to the south by Reeves Glacier, both of which feed into the Nansen Ice Shelf on Terra Nova Bay.

The clouds have the hallmarks of lenticular clouds that can form along the crests of mountain waves. Mountain waves form when fast moving wind is disturbed by a topographic barrier—in this case, the Eisenhower Range. Air is forced to flow up and over the mountains, causing waves of rising and falling air downwind of the range. The rising air cools and water vapor condenses into clouds. Conversely, falling air leads to evaporation. 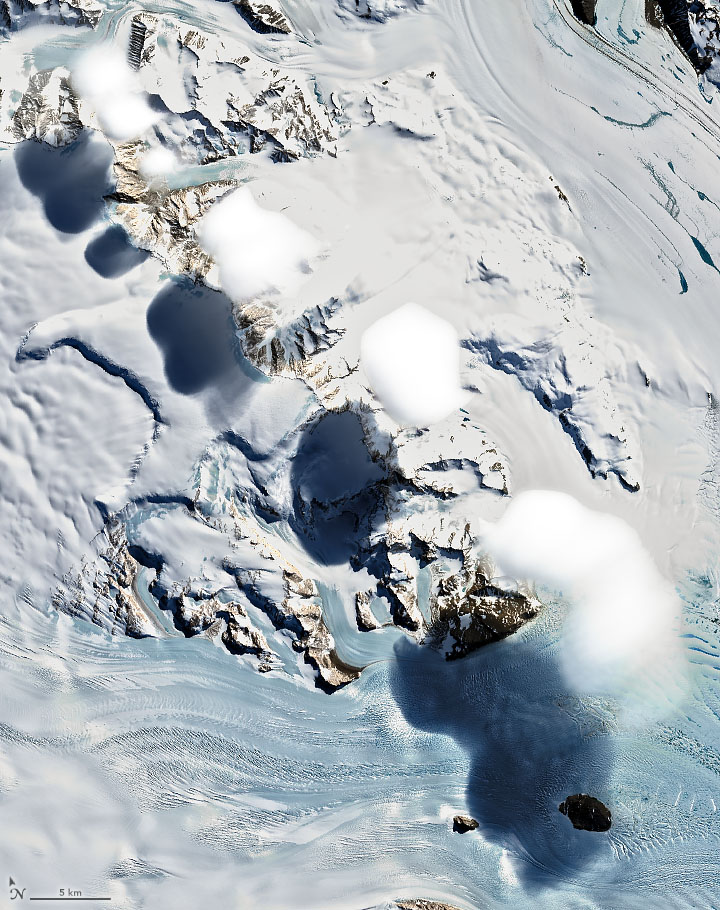 Adding to their mystique, this cloud type appears to stay put—sometimes for hours—defying the strong horizontal winds. In reality, the clouds are constantly building around the crest of the wave and then dissipating just beyond.

In the United States, lenticular clouds are particularly common around the Rocky Mountains. They have been known to occur over Antarctic mountains, too, but there are not many witnesses besides satellites. The white-on-white color of clouds over ice make the Antarctic versions harder to discern, even in satellite images. This natural-color image has been enhanced with infrared light to separate the white clouds from the white snow and ice below. The clouds also threw rounded shadows on the landscape.

Still, a few people have witnessed lenticular clouds in Antarctica firsthand. Scientists working with NASA’s Operation Icebridge shot photos of the phenomenon near Mount Discovery in 2013 and over Penny Ice Cap in 2015.