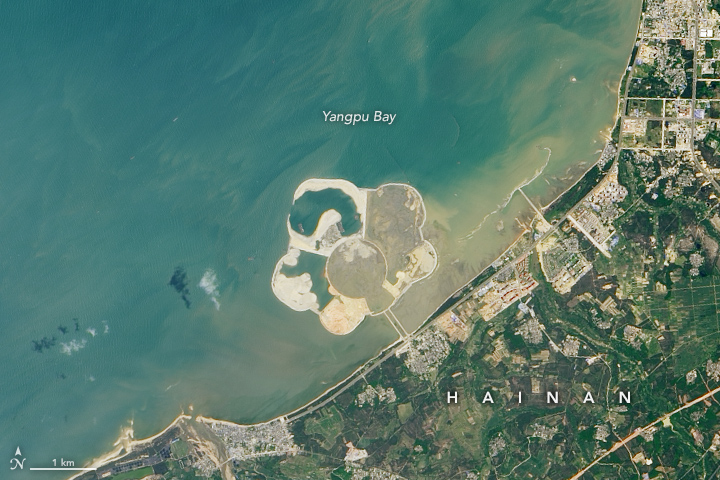 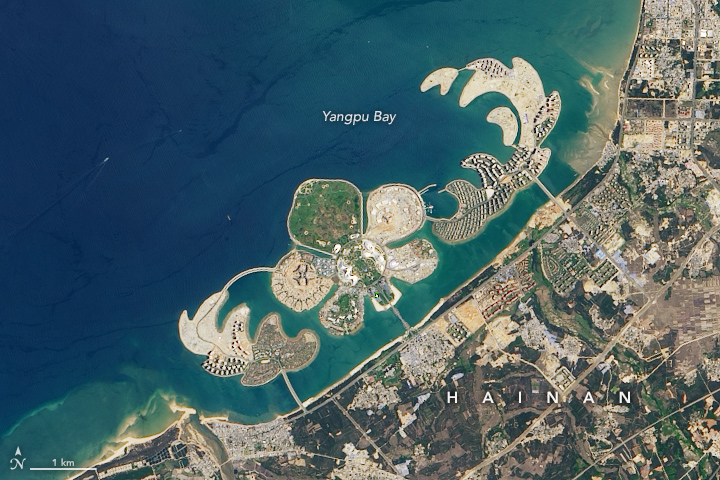 A Sandy Flower in the Pacific

In 2001, Dubai started construction on three large artificial islands in the Persian Gulf shaped like palm trees. A few years later, Doha began dredging for an island that resembled a string of pearls, and the United Arab Emirates went to work building an archipelago of 300 small islands strategically placed to look like a map of Earth.

The Operational Land Imager (OLI) on Landsat 8 captured this natural-color image of the new island on May 6, 2020, as construction was wrapping up and the island neared its full opening in late 2020. Early signs of construction of the main island became visible to Landsat in 2012; by 2014, the main flower-shaped island had started to take shape. By 2020, it was flanked by two connected islands shaped like leaves. A mixture of parks, residential towers, museums, and other infrastructure had sprung up on the new land.

While planners expect the project will attract millions of tourists and boost Hainan’s economy, the project’s environmental impacts have attracted scrutiny. In 2018, China’s central government temporarily suspended construction at Ocean Flower Island—and several others—due to concerns about damage to coral reefs, oysters, and marine ecosystems. The same year, one of China’s regulatory agencies announced a temporary hold on approvals for many commercial land reclamation projects managed by local authorities.