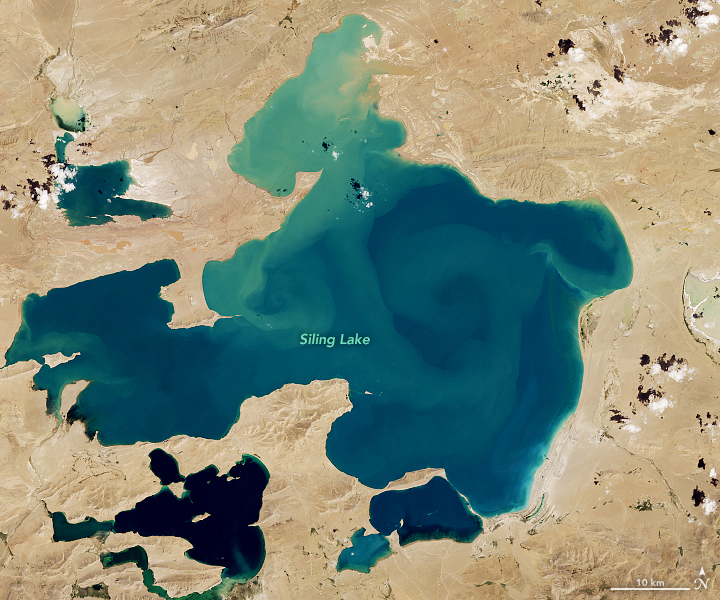 Through episodic and regional studies, scientists have observed that phytoplankton blooms have been occurring more often in lakes around the world in recent decades. But until recently, no one had assembled a global, wholistic view of the phenomenon. Scientists from Stanford University and NASA recently decided to measure the blooming trends globally. What they found was discouraging.

One of the common reasons for lake deterioration is nutrient overloading—the accumulation of excess dissolved nutrients in the water from runoff and fertilizer. Excess nutrients such as phosphorous and nitrogen can promote the growth of massive colonies of algae. Sometimes those blooms are directly toxic to other marine species and humans who consume them. Other times, large blooms can suffocate marine life by depleting the oxygen in the water (hypoxia). Lakes are at a higher risk for these sorts of blooms when they have less circulation from rivers flowing in and out; sustained warmer water temperatures; or variability in lake composition, where no one section of the lake has the same physical and chemical makeup.

Siling Lake (or Sèlin Cuò) in Tibet is one lake that has had a steady increase in blooming intensity since 1995. The lake includes protected wetlands (a Ramsar site) and is major stopover for birds migrating through the region. Most of the land around the lake is used for grazing yaks, sheep, and other livestock, a factor that could contribute to blooms. The natural-color image at the top of this page was acquired by the Operational Land Imager on Landsat 8 on September 12, 2017. 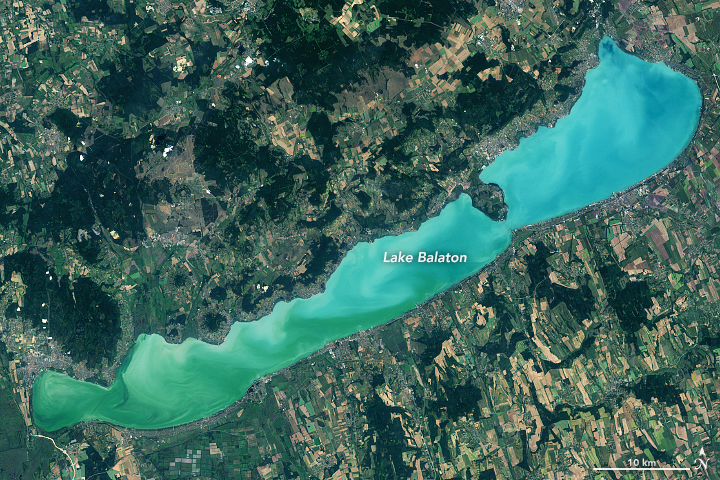 “Algal blooms really are getting more widespread and more intense, and it’s not just that we are paying more attention to them now than we were decades ago,” said Anna Michalak, a co-author on the paper.

Ho and colleagues found that lakes showing sustained improvement were rare—only six out of the 71 studied. Lake Balaton (pictured above) is one of those six. Sitting in southwest Hungary, Lake Balaton is the largest lake in Central Europe. It is a major tourist destination and key economic resource, so the local government has focused a lot of energy on a water management plan to reduce nutrient pollution. Those efforts could help explains the lake’s improvement across the study period. The natural-color image of Lake Balaton was acquired by Landsat OLI on August 31, 2019.

Temperature, precipitation, and fertilizer-use trends across the lakes in the study were not consistent. The few lakes that showed sustained improvement tended to have little to no warming over time. The study authors suggested that lake warming might promote blooms in ways that could counteract efforts to decrease blooming through water quality management.