Torrential rains from several tropical disturbances soaked Madagascar in late January 2020, causing widespread and deadly flooding in the northern reaches of the island. Floods and landslides were reported in the Alaotra Mangoro, Analamanga, Betsiboka, Boeny, Melaky, and Sofia regions, with news and relief agencies reporting at least 30 lives lost and more than 15,000 homes destroyed or flooded. On January 24, the government of the island nation (population 25 million) declared a state of emergency and made appeals for international assistance.

On January 27, 2020, the Operational Land Imager (OLI) on Landsat 8 captured natural-color images of sediment-filled rivers swollen out of their banks and pouring their outflow into Helodrano Mahajambe (Mahajambe Bay) in northwestern Madagascar. For comparison, the second image in each pair shows the same area under more typical seasonal conditions on January 18, 2017. 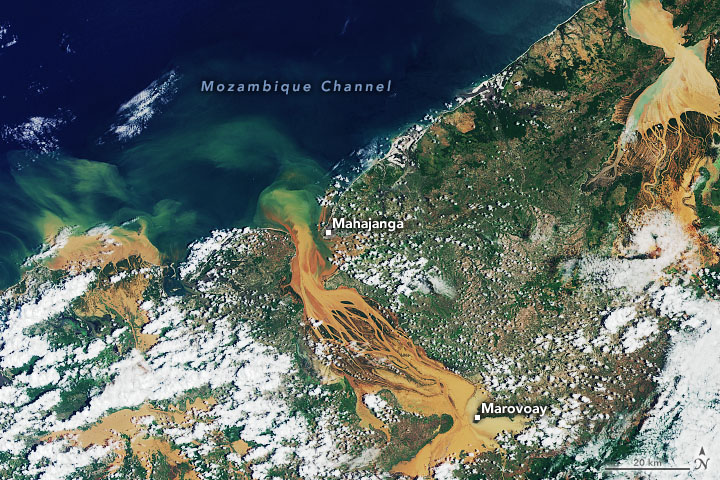 The town of Marovoay was largely submerged by the rising waters, and the RN4 highway from Antananarivo to the north was washed out in places, hampering relief efforts. Many grain stores and cattle were lost, as was part of the rice crop in key agricultural regions of Madagascar. More than 100,000 people have been affected or displaced by the floods. 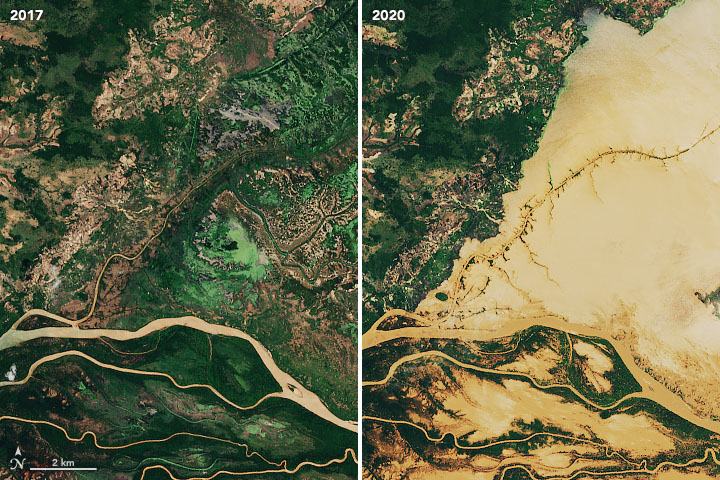