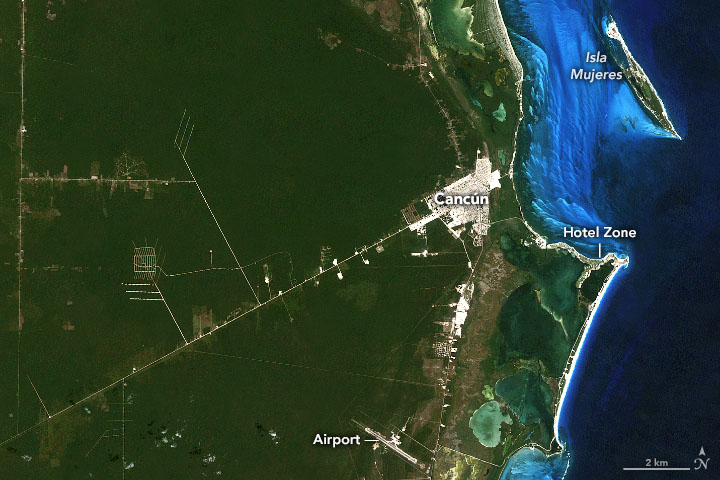 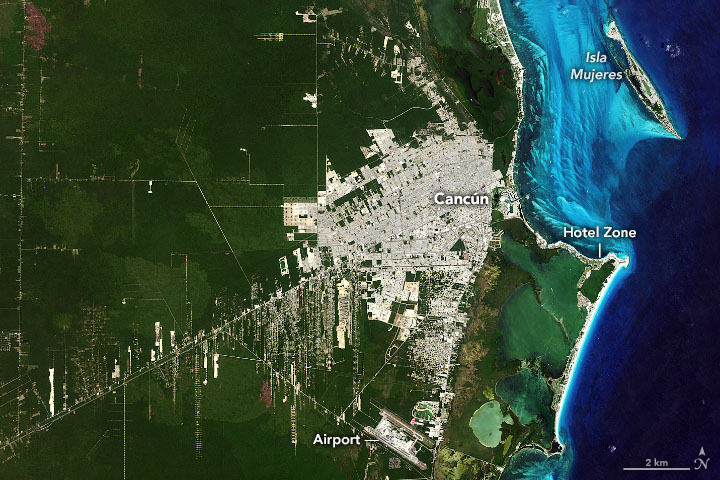 How Cancún Grew into a Major Resort

Fifty years ago, Cancún was virtually unknown to the world. With a population of roughly 100 people, the town was located in one of the poorest regions of Mexico. It had odd-shaped sand dunes and a coast occupied by marshes, mangroves, and a snake-infested jungle. Over the past five decades, though, Cancún has been transformed into one of Mexico’s top tourist attractions. The growth didn’t happen by chance.

In the late 1960s, the Mexican government took an interest in developing the country’s tourism sector to boost the economy. To determine the perfect place, government officials analyzed statistics from several successful resort locations such as Miami Beach and Acapulco. They compiled information on the number of tourists, number of hotel rooms, average temperatures, average rainfall, and hurricane events and fed them into a computer program. The computer selected several candidates for a new resort town. Officials then visited each site along Mexico’s approximately 10,000 kilometers (6,000 miles) of coastline to personally inspect the beaches, swimming, and living conditions.

In the end, they selected Cancún because it had good weather year-round, blue seas, and white sand beaches. It was also located near great archeological treasures, such as the Mayan ruins at Chichen Itza and Tulum. It also had a high level of poverty and no existing industry.

In January 1970, technicians arrived and began building the resort town. By September 1974, Cancún’s first hotel opened its doors. Within a year, Cancún added more hotels and welcomed around 100,000 tourists. Today, Cancún accommodates around two million visitors annually and generates around one-fourth of the country’s tourism revenue.

The image pair above shows the growth of Cancún between March 28, 1985, and April 11, 2019. The images were acquired by the Thematic Mapper (TM) on Landsat 5 and the Operational Land Imager (OLI) on Landsat 8, respectively. In the late 1980s, Cancún’s population registered around 120,000. A census report in 2015 conducted by the National Institute of Statistics and Geography (INEGI) reported around 740,000 people. Most of the hotels are located on a 27-kilometer (17-mile) stretch of beach known as the Hotel Zone.

While creating a large source of revenue, Cancún’s tourism also has had major impacts on the environment. One of the biggest issues is water pollution due to sewage from hotels (about 95 percent of all sewage from the area)—significantly more than the local treatment plants can handle. Untreated sewage ends up in the sea and becomes a threat to aquatic ecosystems, sometimes introducing pathogens that affect coral growth. The resort has also significantly increased the amount of garbage produced, a share of which is sent to illegal garbage dumps. Hotel construction and human presence have also eroded beaches, threatening local reef and coral systems.