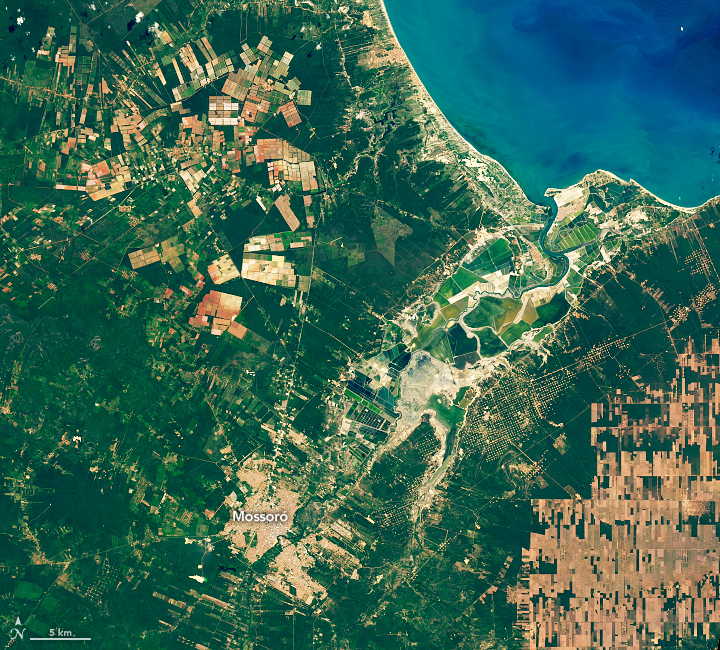 Salt, Oil, and Fruit from Mossoró

Superlatives abound for Mossoró, a Brazilian city in the small, northeastern state of Rio Grande do Norte. On June 25, 2019, the Operational Land Imager (OLI) on Landsat 8 acquired this natural-color image of the city. The three images below show parts of the same image in more detail.

The coastal settlement was one of the first in Brazil to abolish slavery (1880s) and the first to give women the right to vote (1928). In recent decades, the city has emerged as a leading economic force as well, becoming a noted producer of both salt and oil.

Rio Grande do Norte has one of warmest and driest climates in Brazil, which makes the estuary around the Apodi River unusually salty and has spurred the development of the largest saltworks in Brazil. The evaporation ponds appear in a range of colors because of differences in the salinity of the water and in the dominant types of algae that live in them. By one estimate, the saltworks produce as much as 97 percent of the salt made in Brazil.

Immediately south of the saltworks, note the many drilling sites in the Canto do Amaro, one of the largest onshore gas and oil fields in Brazil. The site is an anomaly, though, as onshore production represents less than one-tenth of Brazil’s overall production. Most production happens offshore.

On the northern and eastern fringes of the first image, people have cleared the semiarid caatinga vegetation that grows naturally in the area and replaced it with farms and ranches. Fruit, cotton, and nuts are all widely cultivated around Mossoró. 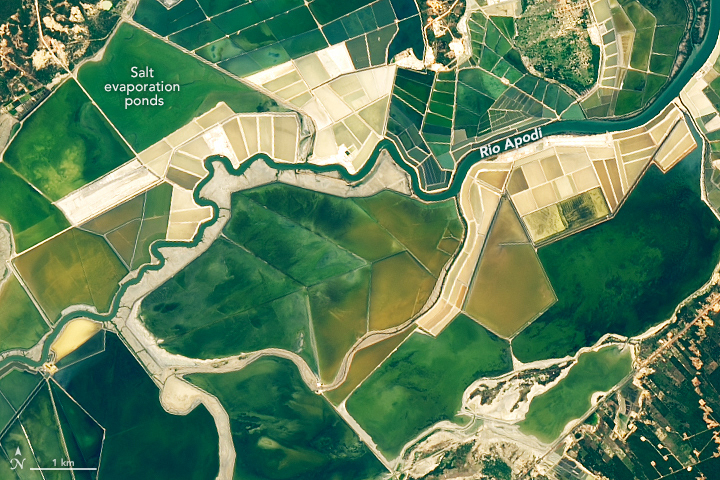 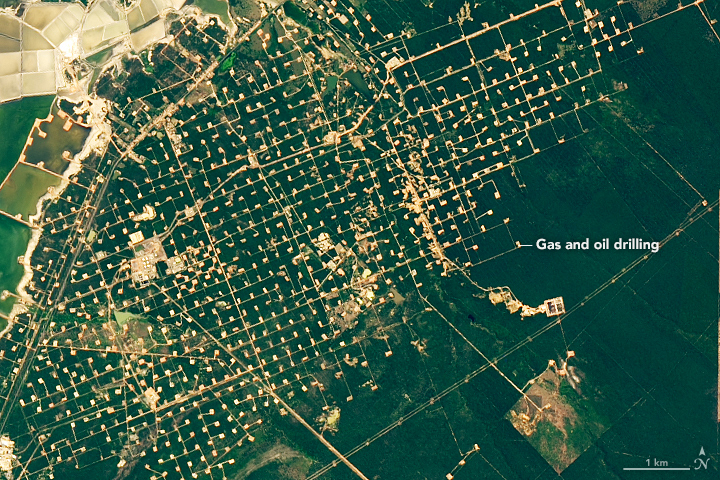 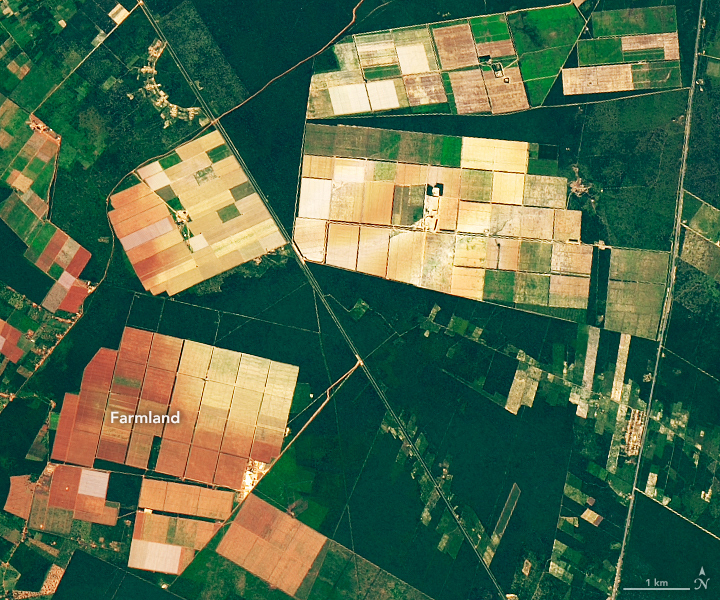