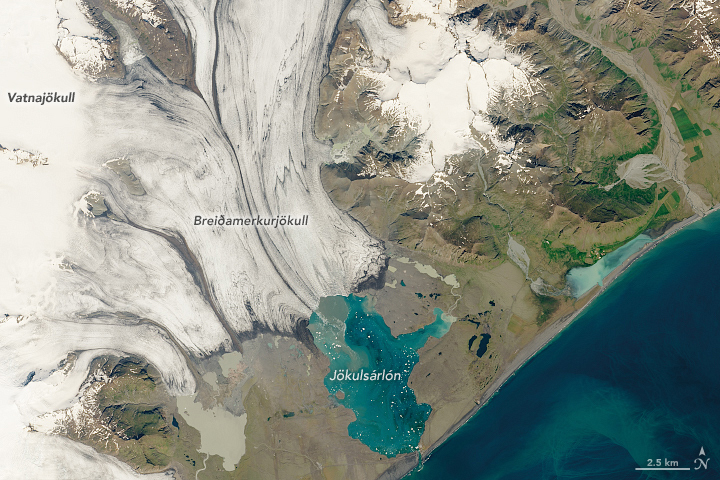 The Jökulsárlón glacial lagoon ranks as one of the top tourist destinations in Iceland. Speckled with light blue and milky-white icebergs, the lagoon is one of the world’s most stunning glacial landscapes. However, a century ago, this beautiful scenery did not exist.

Jökulsárlón—meaning “glacial river lagoon” in Icelandic—is a product of a changing climate. It is located at the foot of the Breiðamerkurjökull glacier, which began melting and retreating from the Atlantic Ocean in the 1920s due to rising temperatures. The lagoon started forming around 1935 and grew as the glacier retreated. Since the 1970s, Jökulsárlón has quadrupled in size and now measures around 11 square kilometers (7 miles) wide. At 248 meters (814 feet) deep, Jökulsárlón is the deepest lake in the country. 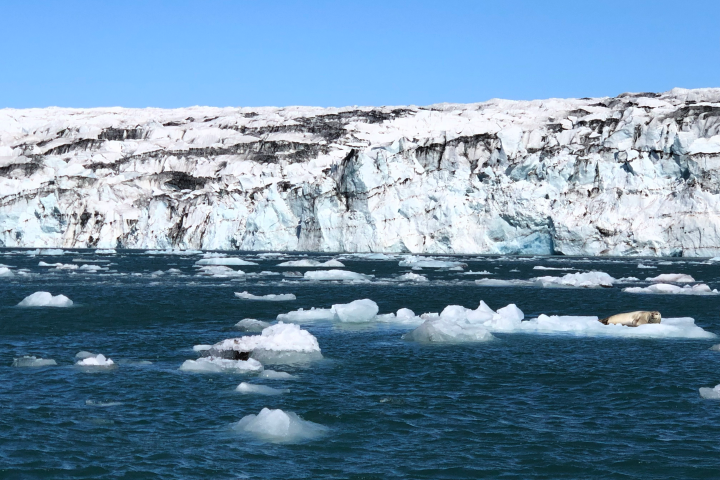 Jökulsárlón is most notable for its icebergs, which break off from the Breiðamerkurjökull glacier through a process known as calving. Some of the icebergs can be several stories tall, and a few are thought to be made of ice more than 1,000 years old.

The icebergs also vary in color. Many are white, but some are electric blue with black streaks of ash indicating past volcanic eruptions. As the icebergs break into smaller blocks, they can wash up on the nearby black sand shore, which borders the lagoon. The icebergs sparkle like diamonds against the black sand, which has given the beach the nickname “Diamond Beach.”

The lagoon also harbors many seals, which live there year round. The seals often reside on the icebergs to stay safe from orcas in the water. During winter, the seals gather at the mouth of the lagoon to catch fish.