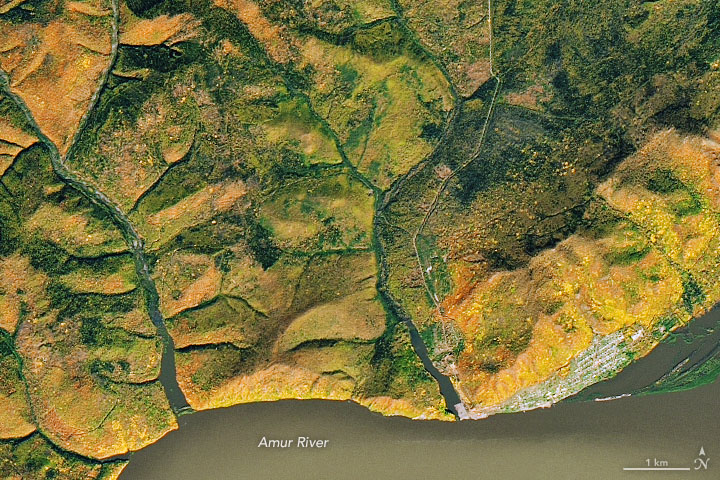 Autumn Along the Amur

The Amur River is the world’s tenth longest, flowing east along the Chinese-Russian border before turning northeast and ultimately emptying into the Strait of Tartary. We have previously shown images of the river when it had spilled over its banks or when fires burned nearby. These images show that the river is also a place of stunning beauty, as autumn foliage paints its banks yellow and orange.

The Operational Land Imager on Landsat 8 acquired these images on September 30, 2019. They show three locations along a 120-kilometer stretch of the lower Amur, northeast of Komsomolsk-on-Amur in the Russian Far East.

Fall color reaches its “peak” when air temperatures drop and shortened daylight triggers plants to slow and stop the production of chlorophyll—the molecule that plants use to synthesize food. Without chlorophyll, the green pigment fades and various yellow and red pigments become visible. Northernmost latitudes see these changes first, with fall color appearing as early as September. Areas farther south can see peak color as late as mid-November.

The autumn beauty along the Amur follows a challenging summer for communities along the river. Heavy rain during the summer led to flooding that affected thousands of people in Russia’s Khabarovsk Region, according to news reports. 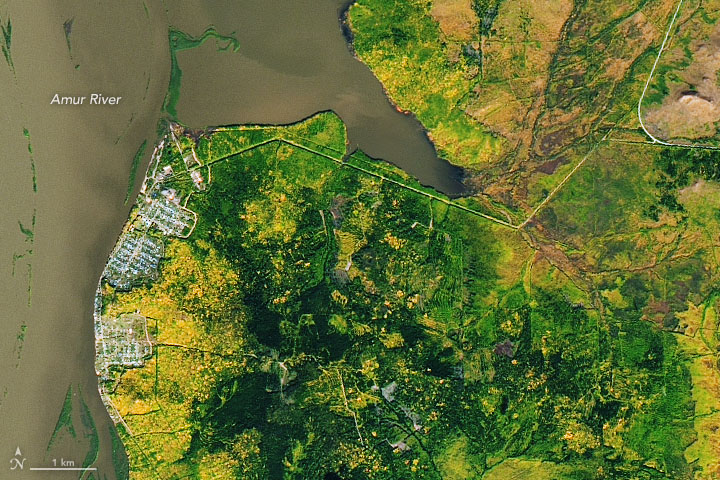 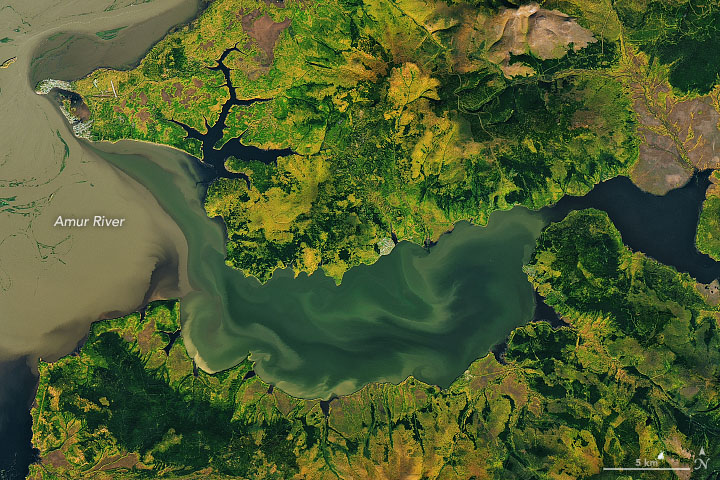