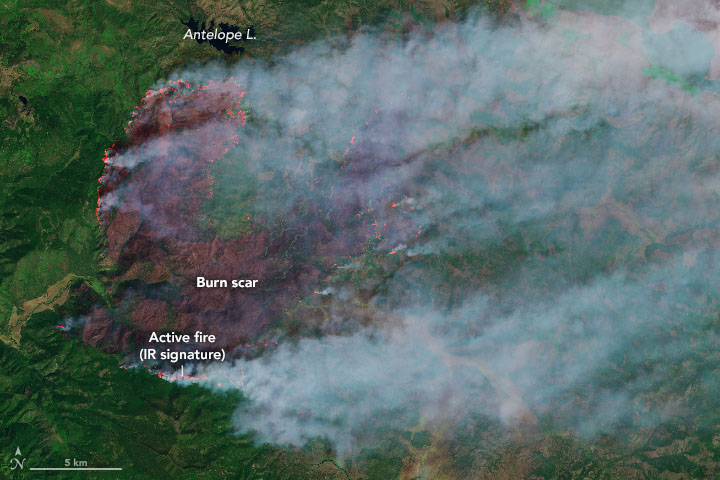 On September 4, 2019, the Walker Fire ignited in the Plumas National Forest, about 11 miles (18 km) east of Taylorsville, California. The wildfire is the state’s largest blaze in 2019 so far, consuming more than 50,000 acres as of September 13.

The Operational Land Imager on Landsat 8 acquired this image of the Walker Fire and surrounding burned area on September 8. The image is a combination of natural color (bands 4-3-2) overlaid with a false-color composite (bands 7-6-2). The false color helps emphasize hot spots and actively burning fires, while distinguishing burned vegetation (brown) from unburned vegetation (green).

As of September 13, the fire was 32 percent contained and no structures had been lost. Fire behavior analysts expect to see increased fire activity as weather warms, winds increase, and fuels dry out this weekend.