In the wake of a series of downpours in August 2019, Sudan faces widespread flooding. By mid-September, relief agencies and news organizations were reporting flooding in 16 of Sudan’s 18 states.

With this combination of shortwave infrared, near infrared, and visible light, water with large amounts of suspended sediment appears light blue. Water less rich with sediment appears dark blue. Vegetation is bright green. The comparison image shows the same area on August 28, 2018, when water levels were lower. The pair of natural-color images below shows a more detailed view of flooded villages and farmland on the west bank of the river in the Ad Douiem district. 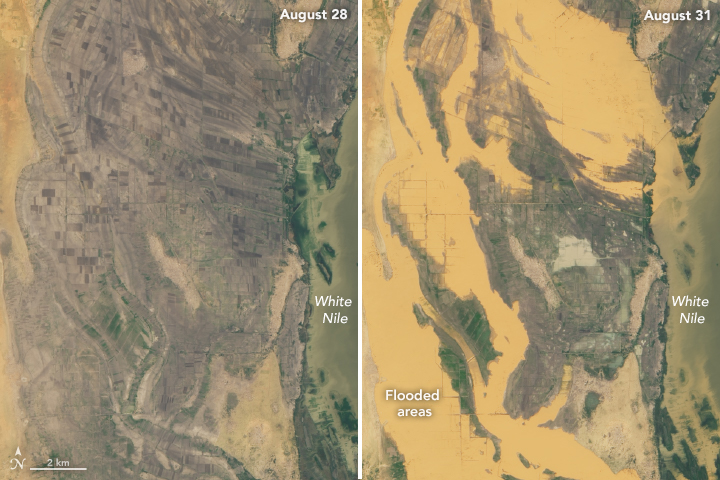 According to news reports, 346,300 people have been affected by flooding. There have been dozens of deaths and tens of thousands of homes destroyed. As floodwaters linger, concerns about the spread of cholera and other water borne diseases have also emerged.