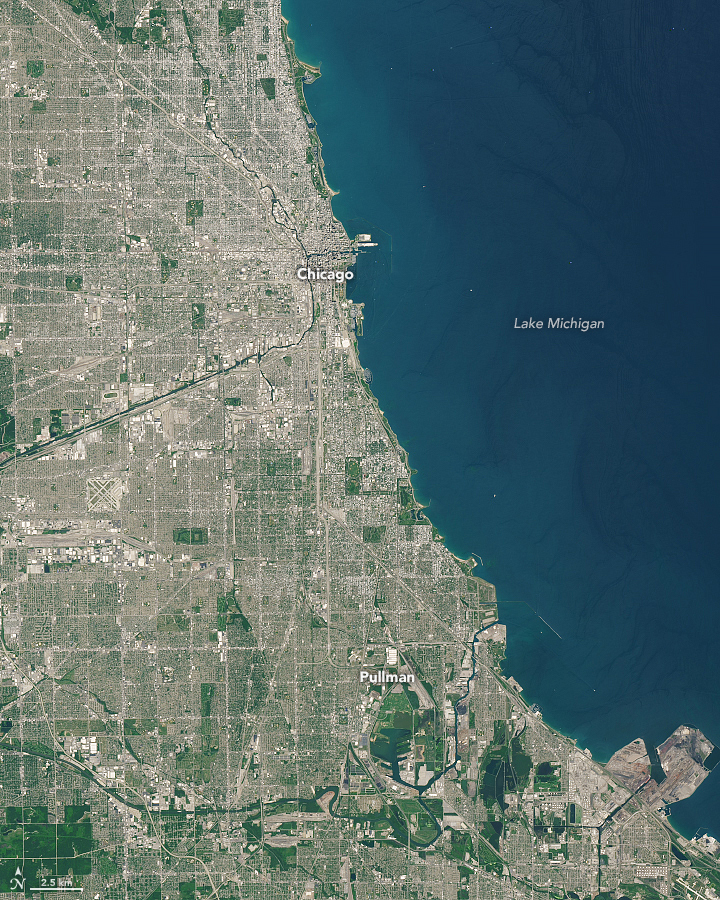 As Americans head to beaches, barbecues, or work on the 125th anniversary of Labor Day, some may wonder about the origins of the September holiday.

President Grover Cleveland signed legislation to make Labor Day a federal holiday in 1894, though that event was preceded by more than a decade of activity and protests by labor groups. Labor Day emerged from a period when wages were often low, hours long, and working conditions sometimes dangerous. In what is generally considered the country’s first labor day parade, upwards of 10,000 people marched in New York City on September 5, 1882, to advocate for better working conditions.

It was a high-profile strike at railcar factory on the outskirts of Chicago that eventually prompted President Cleveland to approve the Labor Day federal holiday. On July 12, 2019, the Operational Land Imager (OLI) on Landsat 8 captured natural-color imagery of the city. The second image offers a more detailed view of Pullman, the neighborhood where the famous strike put the plight of workers at the front of national consciousness. 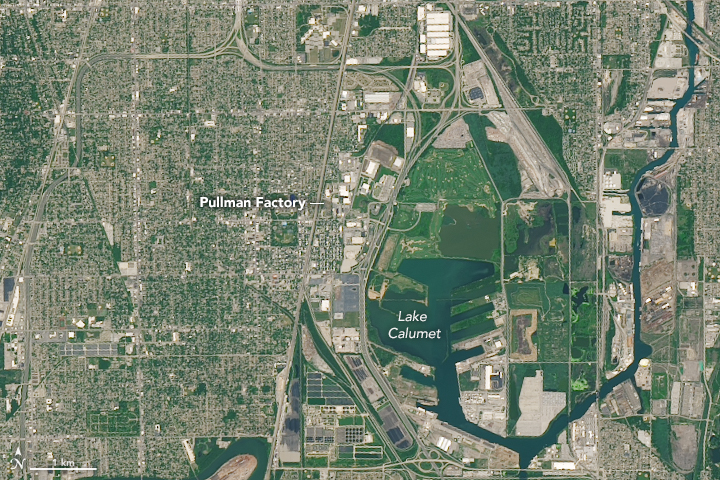 Now home to a national monument, Pullman was one of the nation’s first “company towns.” It was established by Pullman Car Company, which manufactured sleeping cars for trains. The standoff began in May 1894, when more than 4,000 workers at the Pullman factory went on strike. The company had laid off thousands of workers and cut wages without reducing rent at the company town. By July, railroad strikes had spread across much of the country. Violent riots had broken out in Pullman, and the federal government had called in thousands of troops to control the situation. It was in this midst of this crisis that President Cleveland and Congress approved Labor Day as part of an effort to repair ties with the labor movement. When they did, nearly two dozen states had already passed legislation recognizing the holiday at the state level.

A U.S. Department of Labor website about the history of Labor Days describes the significance of the holiday by noting: “The vital force of labor added materially to the highest standard of living and the greatest production the world has ever known and has brought us closer to the realization of our traditional ideals of economic and political democracy. It is appropriate, therefore, that the nation pays tribute on Labor Day to the creator of so much of the nation’s strength, freedom, and leadership—the American worker.”