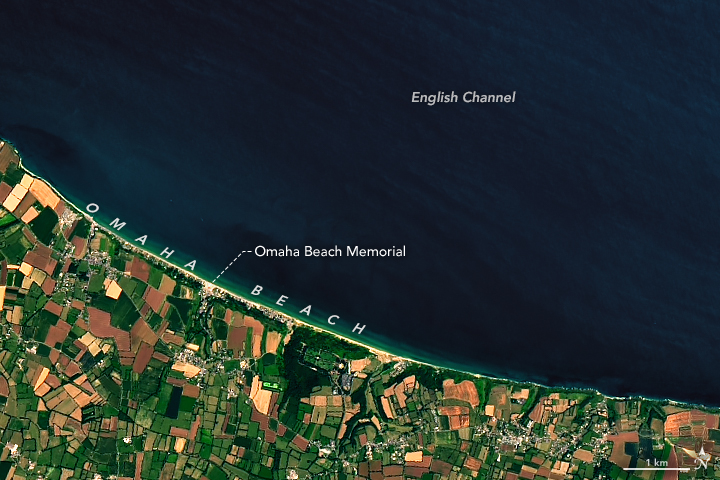 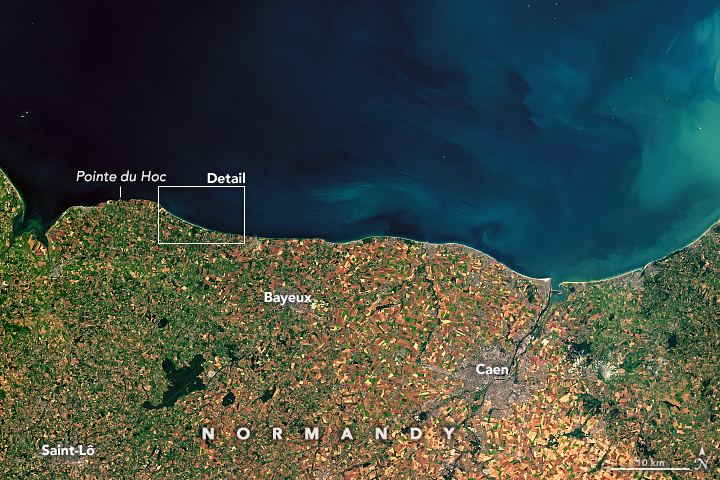 It was the raw courage of the more than 160,000 Allied troops who stormed an 80-kilometer (50-mile) stretch of heavily fortified beaches in Normandy, France, that made victory on D-Day possible. But without the sound advice of meteorologists and geologists working behind the scenes, one of the most consequential battles in human history could have gone quite differently.

On June 4, 1944, armadas of Allied forces were either amassed in Portsmouth Harbor or steaming toward France. Allied Supreme Commander Dwight Eisenhower had set the early morning of June 5 as the date for the massive amphibious invasion—a date military planners had carefully selected. It was one of just three days in June 1944 when the Moon would be bright enough for paratroopers and pilots to operate effectively and the tides would be low enough for the first landing parties to clear mines, barbed wire, and other defenses on the beaches.

But they also needed relatively clear skies and calm seas. The job of predicting the English Channel’s famously fickle weather fell to teams of meteorologists from the U.S. Army Air Corps, the British Royal Navy, and the British Meteorological Office. At the time, weather forecasting was a young science; there were no satellites, no computer models, and no weather radar.

As D-Day neared, the American meteorologists predicted fair weather on June 5 and pushed for invasion, based on a forecasting method that gave great weight to historical weather conditions for a given date and location. The British forecasters took a different approach, focusing instead on analyzing measurements of temperature, pressure, and humidity to try to map out weather fronts. Unlike the Americans, the British teams predicted low clouds and stormy weather on June 5. At the last minute, Captain James Martin Stagg, the highest ranking of the meteorologists, convinced Eisenhower to postpone the invasion.

Meanwhile, on the other side of the English Channel, German meteorologists had come to the same conclusion—and then some. Their forecasters had predicted that gale-force winds would arrive on June 5 and persist until mid-June. The Germans were so confident that the Allies would not dare attack that they allowed many soldiers to leave their posts on the beaches and take part in war games in Rennes, France. Field Marshal Erwin Rommel felt comfortable enough to return to Germany to deliver a pair of shoes to his wife as a birthday present.

On June 4 and June 5, Allied scientists agonized over a few clues that suggested there could be a break between storms on June 6. Those few atmospheric pressure readings weren’t much to go on, but the meteorologists thought there would be just enough fair weather to make an invasion viable. “Okay, let ‘er rip.” Eisenhower reportedly said during an early morning meeting on June 5 with top staff assembled at a house in southern England.

When the first paratroopers were dropped behind enemy lines around midnight and the first wave of Allied boats began to swarm the beaches at dawn on June 6, the weather was still far from ideal. Cloud cover meant many paratroopers ended up in the wrong locations, and rough seas and high winds made the task of landing boats and unloading tanks a terrible challenge. But by noon the skies cleared, just as the Allied meteorologists had predicted. The Germans, meanwhile, had been caught off guard. That day the Allies endured thousands of causalities, but they established a toehold in France that they would never give up.

An enormous amount of scientific expertise went into even the most unscientific of tasks, like rolling a tank up the Normandy beaches. Prior to the invasion, Allied military planners studied nearly one million aerial photographs of the shores of Normandy to find the best landing sites. The aerial photographs would have looked something like the Landsat 8 image shown above. Acquired by the Operational Land Imager (OLI) on July 15, 2018, the image offers a top-down view of the sandy Normandy beaches that were center stage on D-Day.

In January 1944, Allied forces even sent reconnaissance teams of divers to secretly collect samples of sand; the goal was to determine whether it was strong enough to support tanks and other heavy equipment. They divers came at night in small submarines, swimming to shore with sample tubes, augur screws, waterproof writing pads, and flasks of brandy. When scientific surveys had determined Normandy sand—mainly quartz, feldspar, and limestone—were quite similar to the beaches at Brancaster in Norfolk, military planners bombed the Brancaster beach to determine how easily vehicles could drive over bomb craters. The sand was strong enough, the Allied teams of engineers and geologists concluded.

Long after that battle and war, during a ride to the Capitol for his inauguration, President-elect John F. Kennedy asked President Eisenhower why the Normandy invasion had succeeded. Eisenhower’s fitting response: “Because we had better meteorologists than the Germans!”