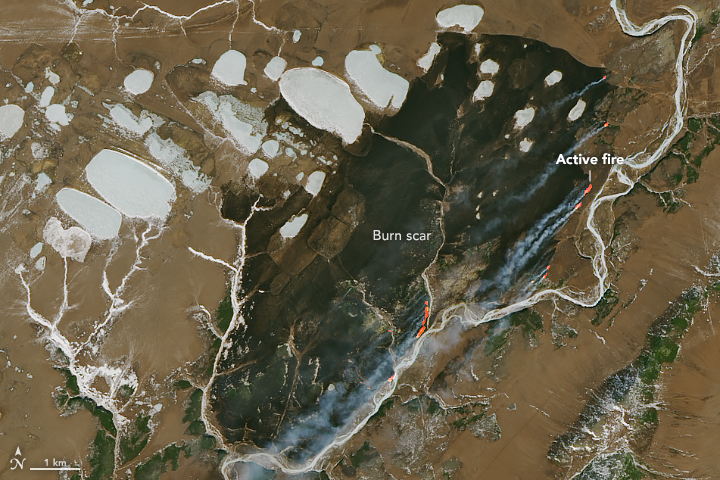 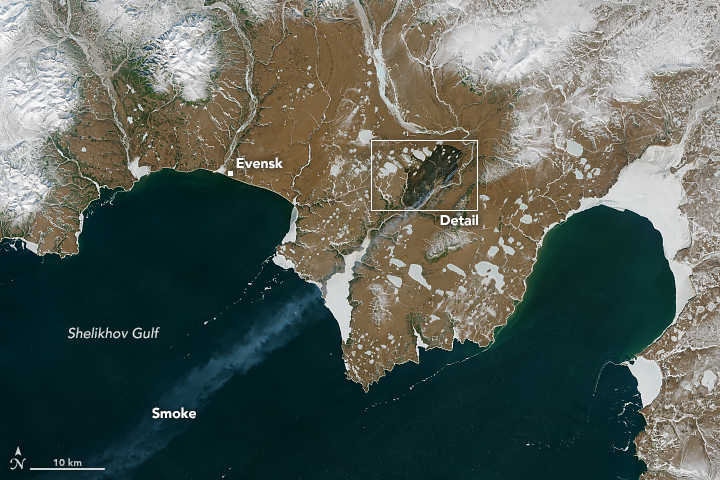 A Fire Surrounded by Ice

On April 8, 2019, the Landsat 8 satellite acquired a scene of contrasts: a fire surrounded by ice.

Between chunks of frozen land and lakes in the Magadan Oblast district of Siberia, a fire burned and billowed smoke plumes that were visible from space.

These images show the fire east of the town of Evensk, as observed by the Operational Land Imager on Landsat 8. NASA satellite imagery indicates that the fire has been burning since at least April 6. According to Russia’s Federal Forestry Agency, one fire of nearly 4,000 hectares (10,000 acres) was reported on April 8 on forest lands in the Magadan region.

Not much is known about the cause of the fire. Forest fires are common in this heavily forested region, and the season usually starts in April or May. Farmers also burn old crops to clear fields and replenish the soil with nutrients; such fires occasionally burn out of control. Land cover maps, however, show that this fire region is mainly comprised of shrublands, not croplands.