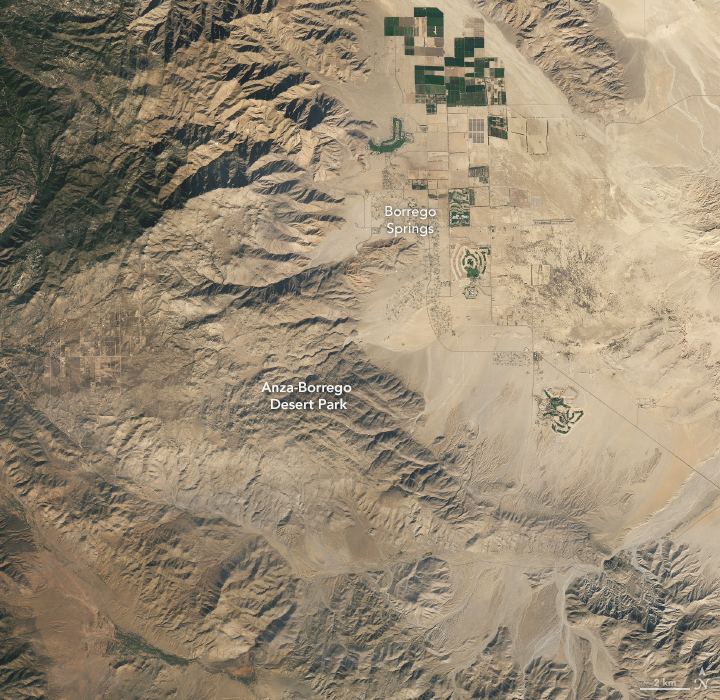 Thanks to a rainy winter in Southern California, a vast bloom of wildflowers has overtaken a patch of desert. The usually dry, tan region became coated with apricot-colored poppies, blonde dandelions, and purple sand verbenas, attracting swarms of visitors. Some described the bloom as better than an amusement park. Such blooms only occur every few years; the last one occurred in 2017, which was the largest in more than a decade.

The Operational Land Imager on the Landsat 8 satellite acquired these images of the bloom and of the greening landscape around Anza-Borrego Desert State Park. The images above show a wide view of the region on November 18, 2018 (left) compared to March 13, 2019 (right). The wildflowers, which appear in pale patches in the closeup below, are almost camouflaged against the desert floor of California’s largest state park. On the ground, though, the flowers stand out with vibrant colors. 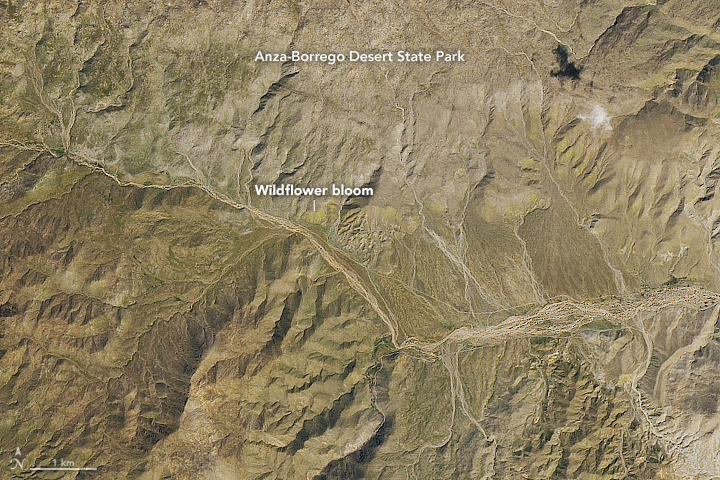 These types of “super blooms” can occur when heavy rains fall over arid areas, which is exactly what happened in Southern California. In 2017-18, much of Southern California endured abnormally dry and drought conditions. The lack of moisture killed invasive grasses that can keep the wildflowers from blooming. With the grasses dead, the wildflower seeds were able to absorb the rain during the abnormally wet winter of 2018-19. Thus, sprouting began.

According to news reports, the best places to see the blooms are Anza-Borrego Desert State Park, Carrizo Plain National Monument, Joshua Tree National Park, and the southern San Joaquin Valley—all areas that were extremely dry last year. The bloom could last in different regions until April.