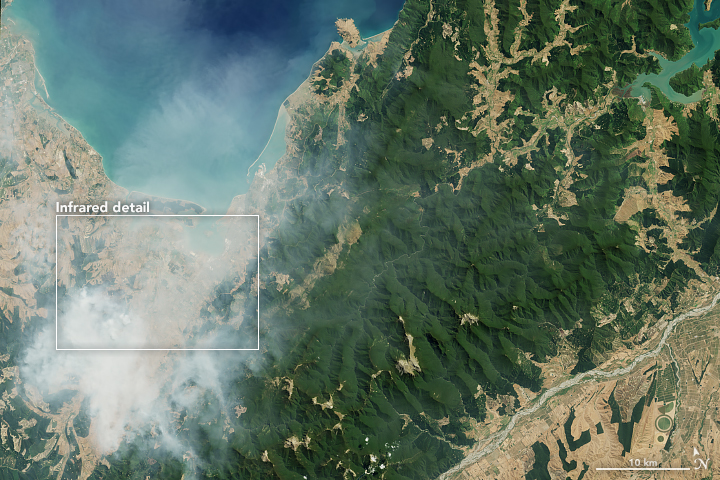 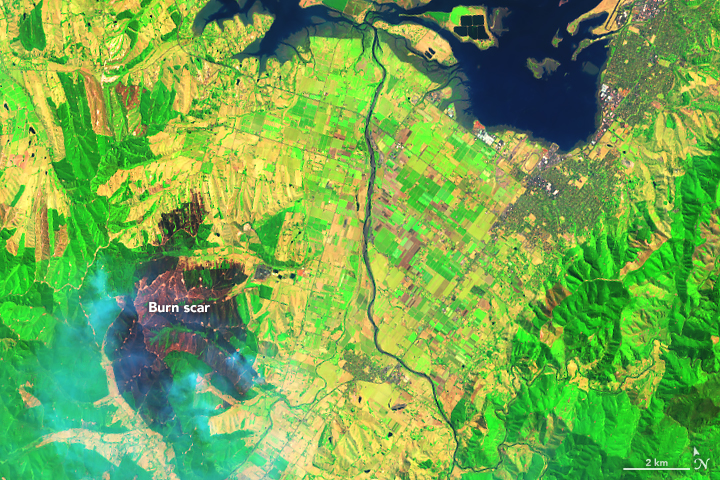 In February 2019, a series of wildfires broke out near Nelson, a city along the northeastern coast of New Zealand’s South Island. Among them, the Pigeon Valley fire has burned about 21 square kilometers (8 square miles) as of 12:30 a.m. local time on February 9 (11:30 a.m. Universal time on February 8). News reports note that it is the country’s largest wildfire in 64 years.

Effects of the fire are visible in these images, acquired with the Operational Land Imager (OLI) on Landsat 8 on February 8. The top image is natural-color (OLI bands 4-3-2) and shows smoke filling the valley and extending over Tasman Bay. The second image is false-color, combining shortwave infrared, near infrared, and red light (OLI bands 6-5-4). In this view, burned vegetation appears dark brown. Greens and yellows indicate a combination of unburned pine trees and scrub. Buildings, roads, and other developed areas appear light gray and white.

The fires spurred evacuations from nearby residential areas, including the town of Wakefield. Hot and dry summer weather was expected to continue as firefighters worked to contain the fires.