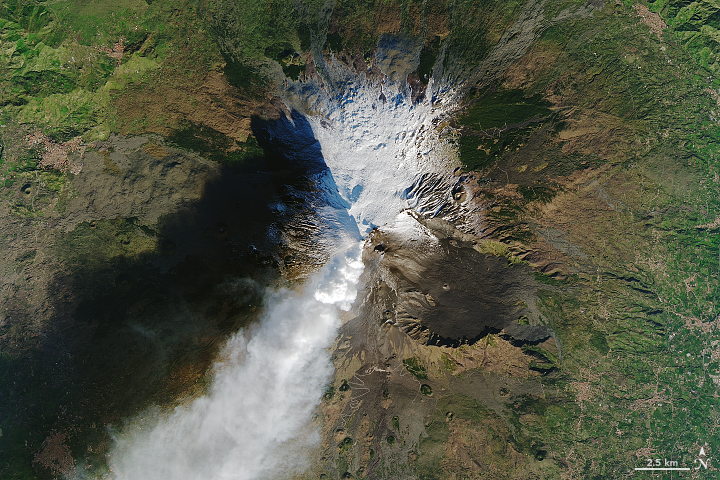 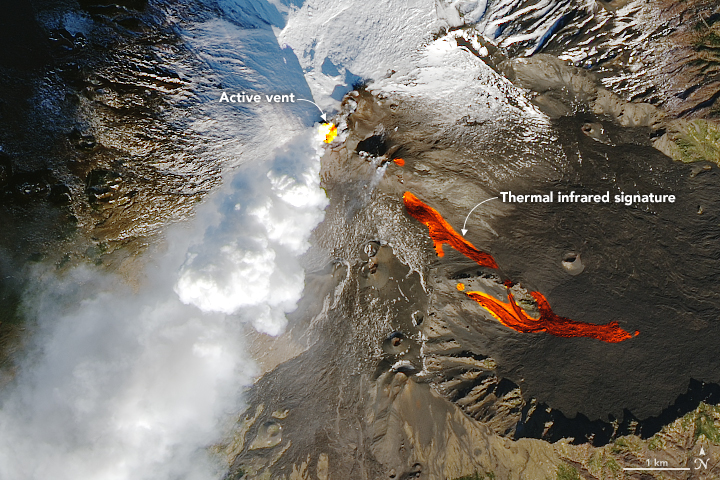 Etna Awakens on its Side

For the first time in perhaps a decade, Mount Etna experienced a “flank eruption”—erupting from its side instead of its summit—on December 24, 2018. The activity was accompanied by 130 earthquakes occurring over three hours that morning. Mount Etna, Europe’s most active volcano, has seen periodic activity on this part of the mountain since 2013.

The Operational Land Imager (OLI) on the Landsat 8 satellite acquired the top image of Mount Etna on December 28, 2018. The second image highlights the active vent and thermal infrared signature from lava flows, which can be seen near the newly formed fissure on the southeastern side of the volcano. The image was created with data from OLI (bands 4-3-2) and the Thermal Infrared Sensor (TIRS) on Landsat 8.

Ash spewing from the fissure cloaked adjacent villages and delayed aircraft from landing at the nearby Catania airport. Earthquakes occurred in the subsequent days after the initial eruption and displaced hundreds of people from their homes, according to news reports.