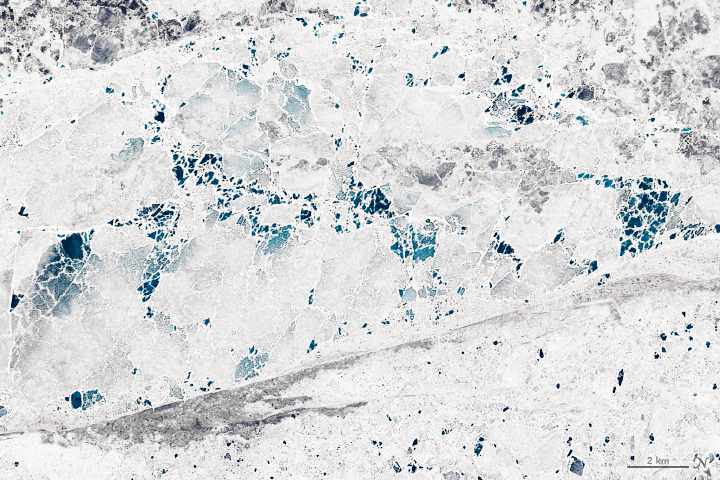 Icy Art in the Sannikov Strait 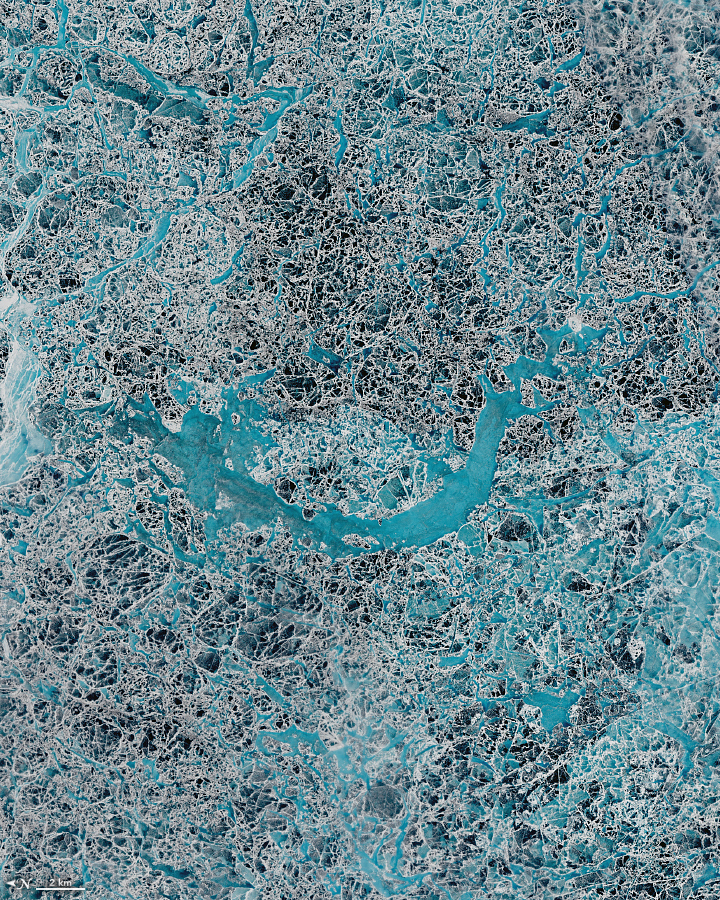 North of mainland Siberia, a set of islands protrude from the Arctic Ocean. Spanning 30,000 square kilometers, the New Siberian Islands are bisected by the Sannikov Strait, which connects the Laptev Sea (west) with the East Siberian Sea (east).

For most of the year, the strait is choked with ice. These images, all acquired with the Operational Land Imager on Landsat 8, show the frozen sea water in June as the summer melt season is underway. The first two images show sea ice on the western side of the strait in 2018 and 2016, respectively. The third image (below) is from the eastern side and was acquired in 2013. 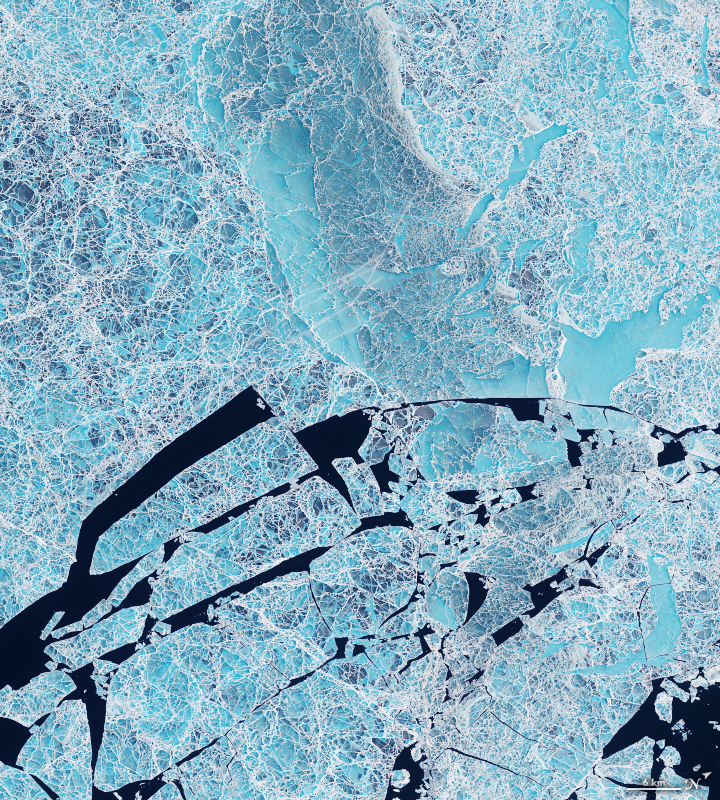 The Sannikov Strait is part of the Northeast Passage that connects the Atlantic and Pacific Ocean. As the world warms and the extent of Arctic sea ice continues to shrink, the route is expected to become increasingly viable for transit shipping for longer periods. In September 2018, an icebreaker escorted the Venta Maersk through the 50-kilometer-wide strait during a voyage between Busan, South Korea, and St. Petersburg to determine the route’s feasibility.

The passage is currently passable for just a few months of the year. When these images were acquired, it was still early enough in the season for ample ice to persist. Winds, currents, and melting had broken up the ice in places. Black areas are open water. Differences in ice thickness are likely responsible for the variety of color, from gray to blue, imparting the delicate appearance similar to stained glass.