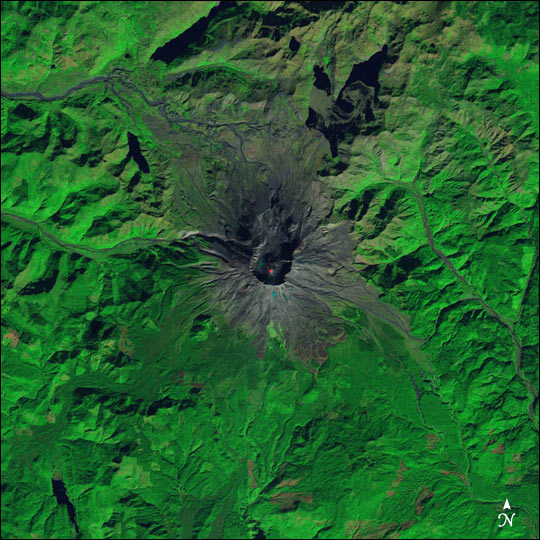 The tip of Mount St. Helens glowed red when the Landsat 5 satellite passed overhead on October 14, 2004. At the time, the volcano was at alert level 2 in a three level warning system; level two indicates that the volcano is restless and may erupt at any time, but an eruption is not imminent. By this time, hot lava had broken to the surface of the growing lava dome inside the crater. The red dot seen here actually represents pixels that were saturated in Landsat’s thermal bands and corresponds to the lava seeping out of the lava dome. The false-color image also emphasizes the contrast between the lush temperate forests and farmland and the lava and ash covered volcano. In this image, all vegetation is bright green and bare land is grey and tan. Spirit Lake is the black lake northeast of the volcano.