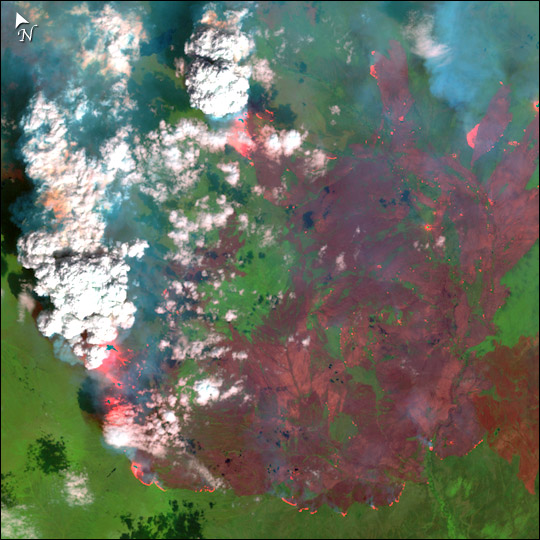 Fires In Alaska and Northern Canada

In east-central Alaska, the Pingo Fire was scorching hundreds of thousands of acres north of the Yukon River in early July 2004. This detailed image of the fire on June 24, 2004, shows burned areas as red, unburned vegetation as bright green, and smoke as blue. At the margins of the burned areas, actively burning portions of the fire appear bright pink.

This image was acquired by Landsat 7’s Enhanced Thematic Mapper plus (ETM+) sensor on June 26, 2004. This is a false-color composite image made using shortwave infrared, near infrared, and green wavelengths (ETM+ bands 7, 4, & 2).