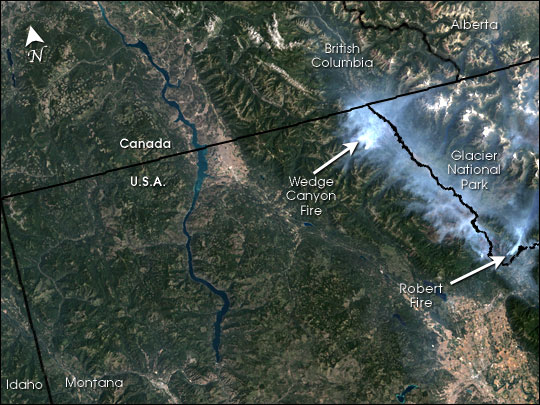 Fires in Montana and Alberta

This high-resolution Landsat image from July 28, 2003, shows the fires in and around Glacier National Park, Montana. Bright plumes of smoke spread over much of the park, which is at upper right. The fires were still burning as of August 6.

Image by Jesse Allen based on data from the Landsat Project Office. GIS layers by Ned Gardiner, American Museum of Natural History.