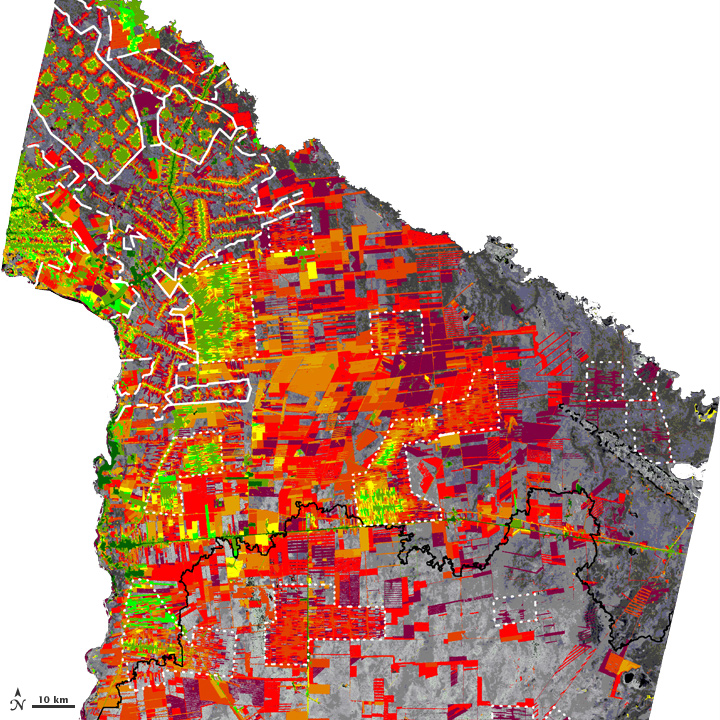 This false-color image shows the gradual conversion of forest lands for agricultural use in the Tierras Bajas region of Santa Cruz, Bolivia, as observed by the Thematic Mapper (TM) flying aboard Landsat 5.

Forest and woodland are represented as grey tones from Channel 5 in this TM scene, collected in 1998. Other colors indicate the first year in which a site was developed for agriculture (see color scale in the image, which corresponds to years of development).

For more information, see this previous Image of the Day regarding Bolivian deforestation.