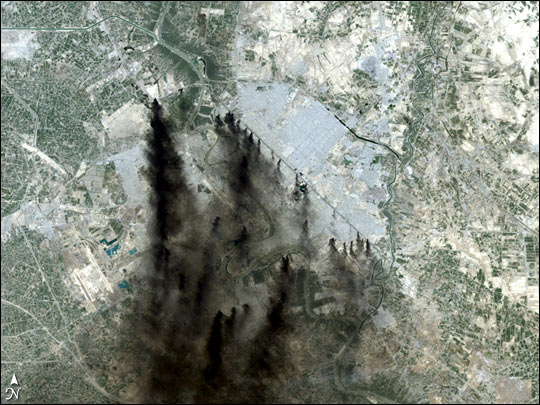 Dust and Smoke over Iraq and the Middle East

This image shows the city of Baghdad, the capital of Iraq. The dark smoke plumes are from pits of burning oil arrayed in a ring around the center of the city, a tactic used to stall and confuse invaders since medieval times. Baghdad Airport can be seen southwest of the city, just outside the smoke.

This image was acquired by Landsat 7?s Enhanced Thematic Mapper plus (ETM+) sensor on April 2, 2003.