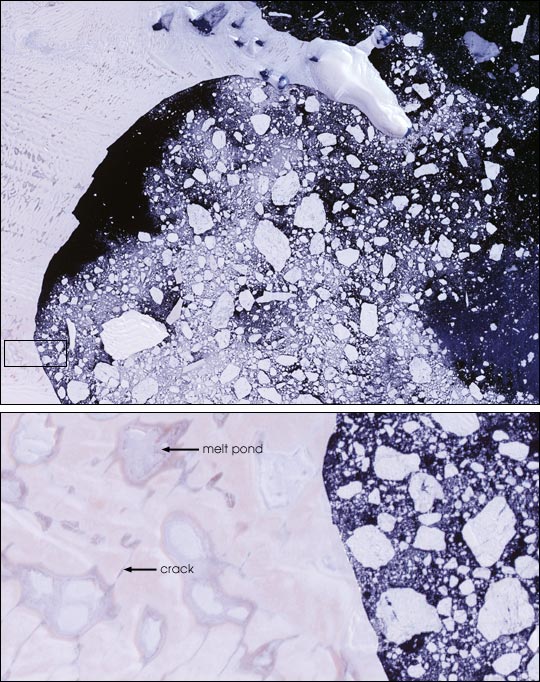 Warmer surface temperatures over just a few months in the Antarctic can splinter an ice shelf and prime it for a major collapse, NASA and university scientists report in the latest issue of the Journal of Glaciology.

Using satellite images of tell-tale melt water on the ice surface and a sophisticated computer simulation of the motions and forces within an ice shelf, the scientists demonstrated that added pressure from surface water filling crevasses can crack the ice entirely through. The process can be expected to become more widespread if Antarctic summer temperatures increase.

This true-color image from Landsat 7, acquired on February 21, 2000, shows pools of melt water on the surface of the Larsen Ice Shelf, and drifting icebergs that have split from the shelf. The upper image is an overview of the shelf’s edge, while the lower image is displayed at full resolution of 30 meters (98 feet) per pixel. The labeled pond in the lower image measures roughly 1.6 by 1.6 km (1.0 x 1.0 miles).